The past decade has seen an exponential growth in Machine Learning and Artificial Intelligence - A field which not only aims on automation and prediction, but also relies on extensive datasets from users in the real world. The quality and quantity of a dataset is crucial to any Machine Learning model, but with the surge in the use of these public models which are available to everyone, people often turn a blind eye to one of the most important things: the security and privacy of the users. This has been a huge blind spot in the field of ML until very recently, when Cynthia Dwork from Microsoft Research talked about, and published her work on how to attain Privacy-aware-Machine-Learning models employing Differentially Private Algorithms.

Why should I care?

Few years ago, Netflix posted an “anonymous” dataset on Kaggle for a contest to get machine learning enthusiasts to work on efficient movie recommendation algorithms, only later realising that there was a privacy breach where some participants were able to actually infer individual user data. This is just one of many examples that highlights the low-privacy levels of ML models. This gives us the motivation to study it more before its too late and we get exploited.

There are many notions and definitions of privacy and even more methods/attempts at trying to establish privacy, but most of them have flaws which can be exploited by an adversary through something called Membership Inference Attacks. Adversaries can attack the model to extract user data in a lot of different ways.

One of the modern ways to attack is to use a Machine learning model that trains on multiple other models called “shadow models” which has a black-box mechanism that predicts the inputs using the known public outputs with varying levels of confidence. Once the model is trained and is able to predict user data with sufficient amounts of confidence, the data leaks and the user is exposed, hence free to be exploited by the attacker. In an era where all our information is stored in databases on the internet, this leaked data could be absolutely anything, ranging from your family’s genetic disorders, to predicting your current account balance. Insert hackerman meme 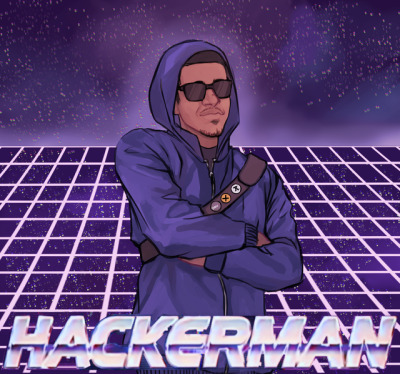 Another way is to have a mediator who can somehow selectively give information to the adversary based on whether there will be loss of a particular individual’s data or not. But the problem with this is that, just by the mediator telling “I can’t give you this information”, the attacker can infer that there is some sensitive data and can make predictions on what that might be.

Yet another interesting approach would be the addition of random noises from a uniform distribution to our dataset. This approach too fails, since for larger data we can simply average out the values and can get an estimate of our original dataset.

A common and efficient way to attack is using count queries, where our attacker asks a query Q like: “What are the marks of student A?” to get a count and this leaks individual data. A direct approach everyone intuitively takes to this problem is: “Why don’t you restrict the queries to only group queries? This won’t leak individual data. Right?”. But, this is a rather naive approach since the attacker , with a few cleverly placed group queries can infer individual user data. For example, by asking “How many students got above 90 in the class?” and “How many students other than student A got above 90 in the class?”, the attacker can infer student A’s marks simply by subtracting the two results. Thus restricting ourselves to group query also, fails. This is big brain time. 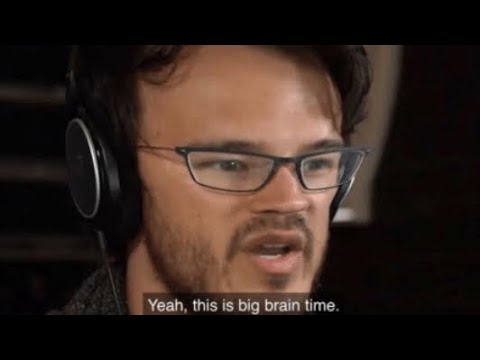 Differential privacy has been an existing concept for long in Mathematics. On a very basic level, we can think of this as providing some sort of measure on the privacy that we have. Once we have this notion, the task becomes very clear: increase this privacy measure to the maximum extent possible.

The main idea of this concept, is as follows:

If our model is able to predict things with or without your data to an amount not differing by an amount more than a multiplicative exp(ε), then we are said to be ε-differential private or ε-DP

Let’s get into the math! Spoiler: This section is probably gonna contain more memes than math, haha :)

“Hey, our performance didn’t take a significant hit with or without your data, so you might as well participate by giving your data and joining the survey!”

It is important to note that the equation is also symmetrical in nature (with respect to x and x’). ε is a privacy parameter or the privacy budget. A lower ε means higher privacy and vice-versa. For example, privacy budget at 0 is said to be completely private though in reality it might not be possible to attain complete privacy. On the other hand, as ε → ∞, we are said to be “blatantly non-private” or completely non-private. Attaining ε=0 is very ideal and analogous to attaining an efficiency of 100% in an engine - we’d love to get there but it isn’t realistic or practical. Why is this impractical? Differential privacy can be attained through many methods like the Exponential Mechanism or the Laplace Mechanism. Our focus however, will be limited to the Laplace mechanism which will answer the question in the previous sentence.

The Laplace Mechanism and attaining ε-DP I’m going to contradict my previous statement on how “random noise” addition doesn’t help with attaining privacy. This is true for most noises, but not always. Random noise addition can be useful in some exceptional cases like sampling noises from the Laplacian Distribution (as it is a differentially-private curve). That is, it satisfies the notion of differential privacy (the equations in the above section). As the name of this method suggests, we attain differential privacy by applying a laplacian noise on our dataset. This has the power to immediately transform our dataset into a differentially private one with a privacy budget ε, if the scale of our laplacian noise was Δf/ε, where Δf is the L1-sensitivity of our dataset. This, however, is only for a single count query. For a column vector query of D dimensions, the effective ε becomes D times the old one(ie Dε) by the composition theorem .

Hence to make this Dε-DP to ε-DP we need to multiply the scale Δf (resulting in noise changing from Δf/ε to DΔf/ε) by D which in turn increases the amount of noise. Thus, it is clearly visible that for large datasets, our laplacian scale (and thus, the laplacian noice) gets really large having a higher impact on our dataset thereby perturbing it more for higher D. One way to overcome this is to collect and use more data entries(n) during training so that the large noise added is compensated by the increased number of entries. But this is practically not feasible. So, our problem of applying differential privacy to large data reduces to a dimensionality reduction problem.

So, higher the privacy, lower the ε which means there is more laplacian noise (and this is even more pronounced in the case of large dimensions D). More the noise, tougher it is to fit to the actual data, which in turn reduces the performance of the model. Hence, one could say privacy and utility (performance of the model) are negatively correlated and the aim would be to try to obtain an optimal mix of the two; that is, it might be helpful to notice that there is a privacy-utility tradeoff. But as far as privacy is concerned, our aim is to get our ε as close to 0 as possible. Let us get back to the question at the end of the previous section:

Attaining ε=0 is very ideal and analogous to attaining an efficiency of 100% in an engine - we’d love to get there but it isn’t realistic or practical. Why is this impractical?

After getting a basic idea of the laplace mechanism from the last few paragraphs, it makes sense to notice that as ε -> 0, the laplacian noise (inversely proportional to ε) tends to infinity, grabbing away almost all the meaning away from the data that we have. Thus we would need a near infinite amount of entries n, for our data to still make sense after applying this “large amount of noise corresponding to ε -> 0”

However, when we choose an optimal ε (usually needs to be large for data with high dimensions which is why it is tougher to achieve better privacy for larger data) with respect to the dimensions D and number of data entries n, the results of count queries are noisy enough due to the DP-algorithm and the attacker is unable to infer useful data. In this way our model still doesn’t lose significant performance but also doesn’t leak user data. Since our problem of attaining data privacy has reduced to a dimensionality reduction problem, there is an increasing motivation to look at dimensionality reduction techniques like PCA,VAE, ALI-GAN, etc., and its variations, with the aim of minimizing information loss while reducing dimensions to optimise the privacy-utility trade-off.